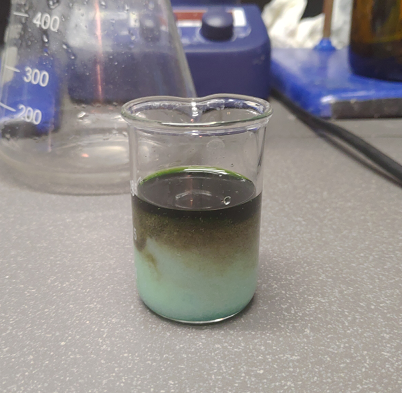 Precipitate was filtered and washed 3 times with acetone. The solid on filter was pale blue. After first washing it changed color to dark green. After each of washings the color became lighter. 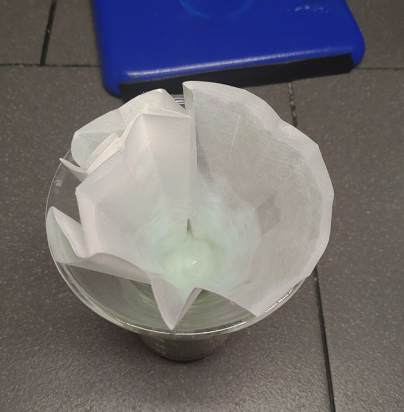 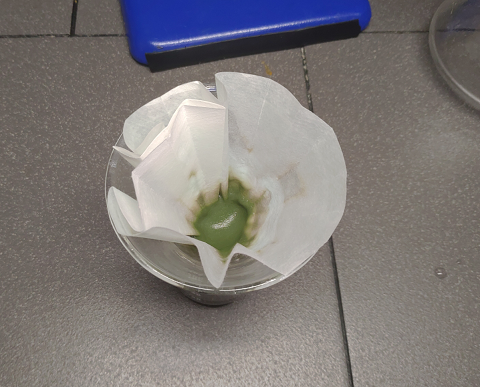 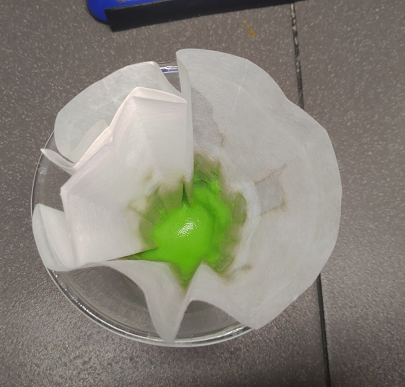 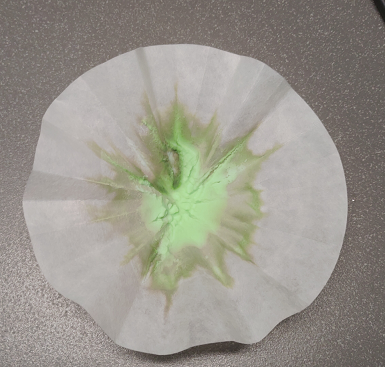 The filtrate had dark-green colour. 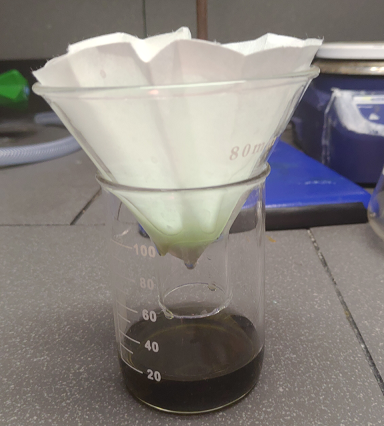 Combined extracts were evaporated to dryness. During evaporation formation of white crystals was observed. Finally, 0.7 grams of black product with some minor green impurities was isolated 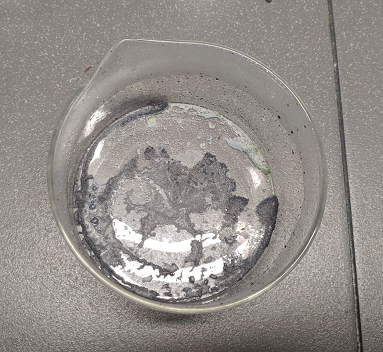 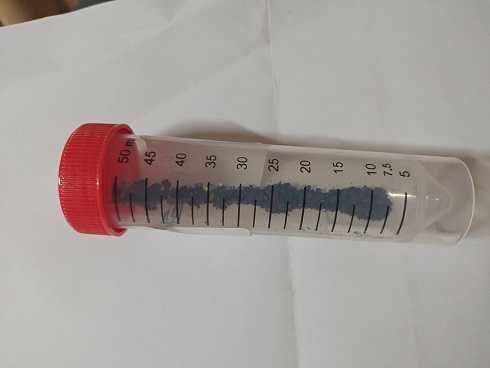 Quick analysis showed that it is not the desired compund. CuBr2 is water-soluble and it's solutions are green. This compound creates white suspension. It also reacts with H2O2 giving brown color which could be metallic copper - CuBr2 should be converted to green Cu(OH)2

At least filter paper looks nice 30 minutes after the reaction 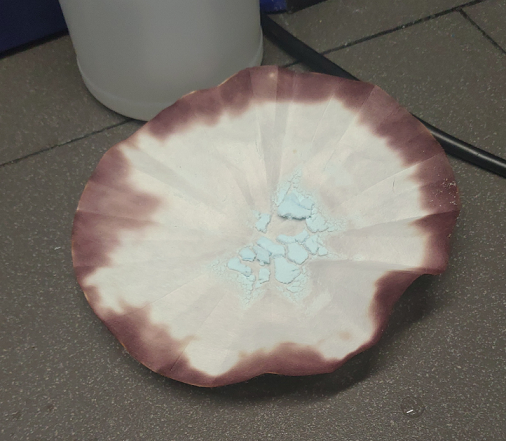 This reaction was performed to test if it is possible to get CuBr2 from mixed solvent system. CuSO4, K2SO4 and KBr and CuBr2 are soluble in water, but only CuBr2 is soluble in acetone. The procedure confirmed that CuBr2 can't be obtained from CuSO4 and CuBr2 by simple extraction from water and acetone. Instead of giving copper(II) bromide it yields some bromocopper complexes.